Revealed In The Impossible.

“This is feeling impossible!” I’m saying to myself in a fit.

My husband snores beside me, completely oblivious.

Thoughts, and prayers, and snores, and unresolved items, and worries surround my brain, no matter how hard I try to just be.

One of the many phantom pains that can flare with chronic depression, a physical symptom to the brain’s neurotransmitters off-kilter, sweeps along my right hip and back again, as it has all day.

And in the stillness it’s far more noticeable than during the day when I could distract myself.

“And it doesn’t help my situation any, Lord.”

And I’m unsure if the latest bout of insomnia is a result of my chronic D or if it’s the first hurdle in a fresh episode of dysthymia on its way. There’s no way of knowing which one.

It goes in weird and wonderful circles, never-ending, or so it feels.

Sleep should bring sweet relief from the day, not compound it.

But I am up, walking without comprehending where I am, reading without taking in, unaware of the dog now following curiously as I keep checking doors or opening cupboards just to stand without reason. Refolding the sheets in bed around me once again, tears now in my sleep deprived eyes.

Desperate. Alone yet not. Defeated.

Exhausted but no relief comes.

“Lord, do you not see what’s happening here?”

Morning sweeps in, in a blur and fog.

I’m sure I looked twice my age that day. Big heavy shadows. And limbs feeling like cement that couldn’t care a less if I styled my hair or dressed with any skill.

How many times did I yell at the dog through a fuse cut short by exhaustion?

I remember stomping my feet.

How many times did I answer the phone and without listening, laid the phone down where I was standing, and walked away. If that was you I hung up on last Tuesday, I’m so sorry.

Never let the resident zombie pick up the phone.

No focus. Three words blink on my  blog’s screen for days. Messages go unanswered. I fall apart trying to reboot the slow computer one afternoon.

No speaking capabilities. My husband watched one day as I tried to think of the word ‘seasons’ in a sentence I was saying… and the longer it wouldn’t come, the more unruly I became.

This is life at any given moment with Early Onset Dysthymic Disorder.

And all these things, they’re not huge some of them. But over and over. Unrelenting. At any given point. And at any intensity it chooses.

They can make you feel like you’re losing it.

I know some of you completely understand this. There’s so many of us, I know this deeply.

So there I am in my sleepless state, in the dark, my husband residing on the couch now in an effort to subdue my insomniatic episode, and I spit out words that sound remarkably familiar somehow.

And it turns out I have myself a Martha and Mary Moment.

The insomnia and depression feed doubts, and make me wonder where God has been in all this.

Grieved at the state of things, of myself, of my disorder on the attack, I pour these words out to Him;

“Lord, if you could have just been here these last four sleepless nights, I could have made it through.”

“Jesus, where were You when I needed You?”

These are the words I lay at His feet in the dark.

A Martha and Mary Moment if there ever was one, right?

But when things become beyond desperate, we question, we grapple, we mourn.

So I pleaded out those Martha and Mary questions weighing down on me, questioning where He’d been and why, and out of nowhere, it was like a voice inside saying, “if you’re going to say such things, make sure you say it all…”

All? I remembered the story. Two sisters, much beloved by the Teacher, greet Him after He’s stayed away too long for their liking, grieving the loss of their brother, and His much-loved friend. They question that He wasn’t there to keep Lazarus from death.

Unsettled now spiritually as well as physically, I grab a Bible from my night stand. What is He talking about? All of it…?

And then I see it.

Both sisters demand their “If’s” from Him. But one adds a declaration of the impossible.

Both sisters demand their If's from Him. But one adds a declaration of the impossible. Click To Tweet

And it feels like in every sermon and study I’ve ever heard, (or the more possible scenario is that I wasn’t paying attention like I should have at this point) they’ve skipped over this sentence found at verse 22, when it’s the one declaration He waits for you to make, no matter the barrage of questions before it.

“But I know that even now God will give you whatever you ask.”

Martha, stating that no matter her feelings on the matter, Jesus had an all-access pass to heavenly and divine provision from His Father.

And He still does.

In fact, not long before this encounter, John makes note of Jesus making no bones about His connection to the Almighty, quoting him as saying, “I and my Father… are one.”

He’s waiting to reveal Himself in the impossible.

If I had the energy to beg and question, I had the faith and energy enough to whisper into the dark, “Lord, I know that even now You are able to reveal Your glory, through the Father. And I can’t do this on my own another minute.”

Hear me when I say, the most beautiful calm settled over my room, within seconds. An impossible, miraculous, could-reach-out-and-touch-it kind of deep peace filled every agitated pocket inside and out, like a new kind of air. And I could weep as I type.

Holy release. And the best sleep.

Life. It likes to throw desperate things at us, in the hope that we get so caught up in the desperate and impossible that we neglect to follow-up our self-defence and questioning with faith. Even faith as small as a mustard seed. Faith that says to even the biggest mountain, “This is impossible, but I know the One who excels in the impossible!”

Oh sure, I had lifted prayers. But I had lifted them on my own terms, and with expectations that weren’t aligned with His.

I had defined peace as never having any problems if I believed enough, instead of receiving and knowing His peace in the midst of any problem, straight from the source

In the desperate dark, I was all His. And an encounter that accomplished so much more than a one-time instant solution ever would.  Instead He brands onto us the moment He moves in with His glory, in a way we can never replicate.

Only a few of the things we get when we declare that everything is possible through Him.

Hey friend, don’t give up today. Just don’t fixate on the thing looming far out of your own control. Instead, fixate on everything He can provide, purely for His glory. Rescue and restoration in the impossible is His delight. Sealed by the Cross. Proved by His empty Tomb.

His love for you, revealed in the impossible.

coping with chronic depressiondysthymiafaithinsomniapeacerescuerevealed in the impossible

Always On His Radar

Don’t Miss Who We Have Been Given 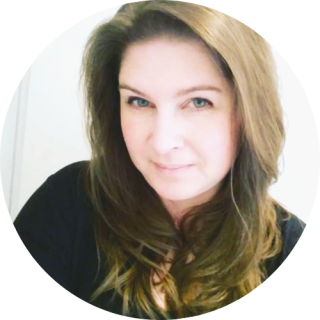